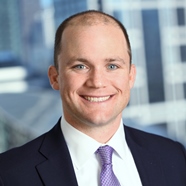 Peter Kelly joined Lincoln Property Company, in a multi-faceted role, in March, 2012.  In 2020, Peter was promoted to Senior Vice President and a member of its Regional Executive Team.  As Co-Head of LPC Midwest, Peter is responsible for leading LPC’s agency leasing, acquisitions and development in Chicago and the Midwest.  Under Peter’s leadership, LPC Midwest has grown to over 15 million square feet of assets under management across five states.  LPC Midwest has been consistently nominated for Property Representatives of the Year and Deal of the Year by its peers at the annual Chicago Commercial Real Estate Awards.  Prior to joining Lincoln, Peter was a Senior Vice President at Colliers International’s Office Advisory Group. Peter’s primary focus was assisting tenants and owners develop and implement strategic real estate plans including acquisition and disposition and lease negotiation. Throughout his career, Peter has been recognized as a top producer at local and national levels.  Peter consistently made Colliers’ Chicago’s “Everest Club”, which annually recognizes the top producers, while also being recognized as a “Top 10% Producer” at a national level. Over the course of his career, Peter has successfully completed transactions in excess of 15 million square feet.  Peter is a member of NAIOP and a past board member for NAIOP’s Chicago Chapter.  Peter is a graduate of the Leeds School of Business at the University of Colorado, Boulder with a BS in Business Administration.

We use cookies to ensure that we give you the best experience on our website. If you continue to use this site we will assume that you are happy with it.OkPrivacy policy